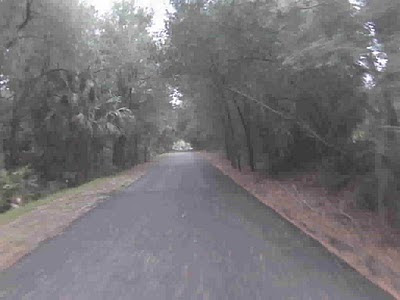 Hard to believe, but it has. It's was a real busy holiday season and start to the new year with our company being purchased and all the new stuff to learn. Ended 09 w 4001 miles, that's 2 yrs in a row... but it was kind of a hassle having to ride for the sake of making mileage goals, so this year I'm moving down to 3600 again, 300 a month. Today being the second last day of the month I was needing 37 to rode out the Cady Way all the way (that's approaching Oveido in the pic) and had some pancakes & home fries at the Town & Country Diner.

Critical mass was really cool last night, talked with a few people I have seen before, and a few new people. Victor is from Sweden and he says Poland is awesome, we're hoping to get there in 2011 (sweden and northern europe) if we can get a home exchange and the airlines still honor frequent flyer tix. It was good to get out there with the group, must have been 250-300 people all good! Talked to John who has been down the California coast, that's my next tour, about 12 days later in the spring, self contained, solo, camping. Huh what?! I made a couple trips to Denver 2 yrs ago and you know how they hawk get a Frontier Airlines Visa and get 20,000 bonus miles, enough for a free round trip! So I did it for $60, figuring we'd make a vacation trip to Vancouver/Seattle/Portland, but it hasn't panned out, and now the miles are set to expire, so I "have" to use them. Always wanted to see San Francisco, only been there to fly in and get a rental car and drive out, and Redwood National Park is about 400 miles north. Lots of state parks and hike/bike campgrounds along the way, so there's that and I can't wait, my tours will get longer again this year!

I'm going to take the Kona, trying to hook up w a bike shop out there to have it shipped to, cheaper than flying it and less hassle for me, and they can set it up so I can bus up the coast, get my bike and head for a grocery store and campground.

gotta run, Gracie has a Winter Guard competition, the first of the season. Last year they were State Champs in their class, this year they've moved up a class.
Posted by gef at 10:09 AM No comments: 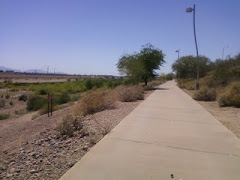